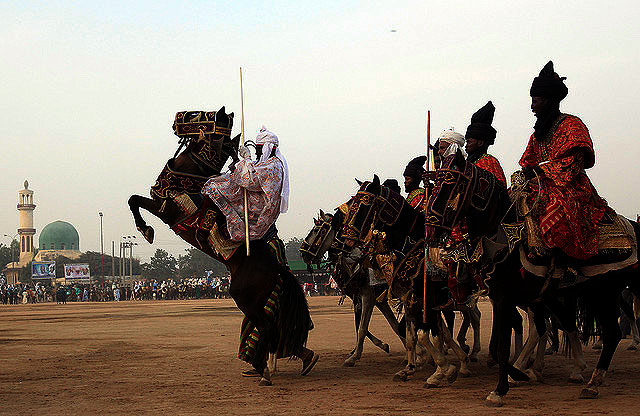 It was gathered that the brothers, Inuwa Sani and Abdurrahaman Sani were stamped upon by the horses.

Their mother, Rukayya Ali, who spoke to Daily Trust, said her sons were killed on their way to greet her on Saturday, adding that both of them were married with children.

The Kano State police spokesperson, DSP Abdullahi Haruna Kiyawa, who confirmed the incident, said one Sadiq Adamu (22) and seven of his friends organised the horse riding and that two suspects had been arrested.

It would be recalled that the Kano Emirate banned horse riding in Kano Metropolis due to the several cases of killing and wounding of road users by horses.

The post How two horse riders killed two brothers on a motorcycle in Kano appeared first on NEWS.