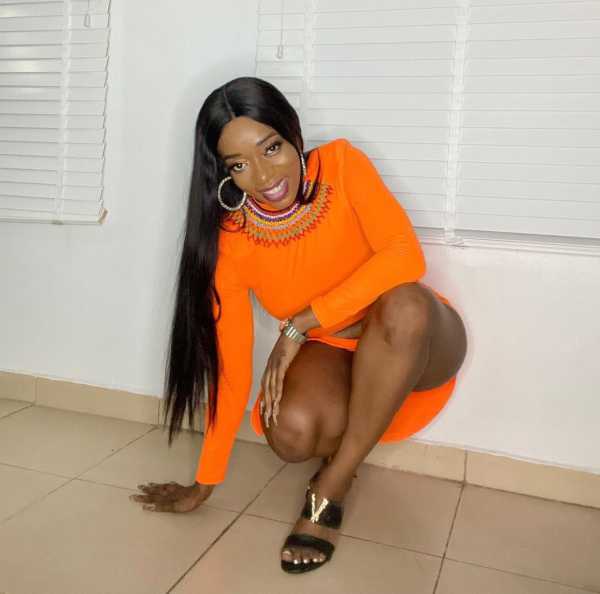 Actress, Destiny Amaka took to her social media to advise men on the actual ways to turn their women on.

According to her write-up, the star stated that turning a woman on deals with a man being dependable and doing what he says he will do.

“if you actually wanna turn a woman on you’ve to be dependable, do what you say you will do! Always support her, she will compose herself in trusting you perfectly.”

Destiny also said that communication matters too as it goes a long way and gets better.

“Get communicated always, cause it goes a long way and gets better, she makes her walls falls slowly.”

She concluded by saying “sex is not everything, while I’m not talking about material things, just call when you say you will, do nice things you know she will like and thank me later.” 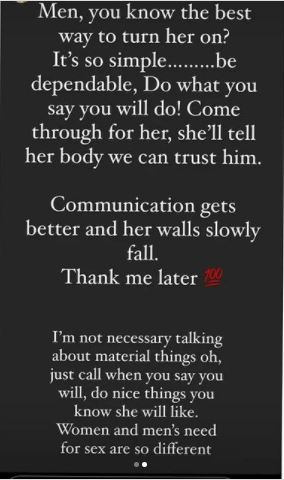 The post Destiny Amaka Advises Men On How To Turn Their Woman On appeared first on Information Nigeria.